Democratic Candidates On Homelessness and Housing 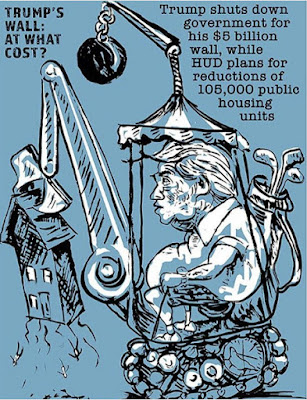 by Adrienne Lauby
9-27-19
This was the week that Julian Castro made local headlines by visiting an Oakland homeless camp.  I knew that Warren and Sanders have proposed major Federal funding increases for homelessness and housing, but Castro's visit got me wondering how important homelessness was as an issue for all the Democratic candidates.

Below I talk about 12 of the 19 current candidates.

The two who surprised me the most was Marianne Willliamson for the depth and number of her policy plans and Joe Sestek, a former Navy Admiral for his progressive solutions.  Both, coincidentally (& like Bernie Sanders), have very good disability policies.

Peter Buttigieg
He proposes to launch a public trust that would purchase abandoned properties and provide them to eligible residents in pilot cities. Housing and homelessness is tackled by Buttigieg in several of his larger plans.  Past actions:  What Pete Buttigieg Has and Hasn’t Done About Homelessness in South Bend

Julian Castro
'Housing is a human right': Castro visited a homeless encampment in Oakland in September.  His housing plan includes trying to build 3 million affordable-housing units and putting in place "a refundable renter's tax credit.. . In my administration, we will end homelessness by 2028.”

Tulsi Gabbard
Has a statement on homelessness on her website. I love that she talks about the cost of the military. "Instead of wasting billions of dollars on regime-change wars, we can invest some of that Peace Dividend to end homelessness across America."  Past Actions:  Sidewalk bill targets homeless people.

Kamala Harris
Almost nothing on her website about homelessness or housing.  She issued a statement on Trump's latest attack on homeless Californian's. “The White House’s suggestion that it will enlist the help of law enforcement to address homelessness in the state is counterproductive and ignores the fact that long-term solutions are required to successfully reduce homelessness."

Amy Klobuchar
Senator Klobuchar will make a major investment in homeless assistance grants that provide emergency and long term housing, and build on her work in the Senate increasing access to case management services like counseling and job training.

Beto O'Rourke
O'Rourke visited an L.A. homeless camp in September of this year where he said he wants to invest $400 billion in housing and proposes the rich live next door to the poor..  There’s nothing on his website about homelessness or housing.

Bernie Sanders
Sanders visited housing and homeless service programs in Los Angeles in early August.  His website says he will invest $1.48 trillion over 10 years in the National Affordable Housing Trust Fund to build, rehabilitate, and preserve the 7.4 million quality, affordable and accessible housing units necessary to eliminate the affordable housing gap, which will remain affordable in perpetuity.  There's more.

Joe Sestak
Sestak says subsidized housing needs expanding, with long wait-lists for government-backed housing across the country. Says better funding for the Department of Housing and Urban Development and its anti-homelessness programs will boost the entire economy and create more jobs.  Has excellent plans related to disability.

Elizabeth Warren
This announcement doesn't quote Warren talking about homelessness but she's paying attention to organizations that do talk about it. "Bicameral Legislation Would Produce More Than 3 Million New Housing Units, Reduce Rents by 10%, and Create 1.5 Million New Jobs with No Deficit Impact"

Her website says my bill makes historic federal investments to increase housing supply. It invests $500 billion over the next ten years to build, preserve, and rehab units that will be affordable to lower-income families.

Marianne Williamson
Part of Williamson’s economic plan is to pay all American citizens ages 18 to 65 (or until they are eligible for their Social Security payment) $1,000 per month, no questions asked.  She also has excellent plans related to disability.

Andrew Yang
Yang would implement the Freedom Dividend, a universal basic income of $1,000/month, $12,000 a year, for every American adult over the age of 18.

[Graphic: From Western Regional Advocacy Project (WRAP).  It is a cartoon of President Trump running a piece of heavy equipment with bulldozer wheels, a wrecking ball and a excavator which is holding the remains of a house. There's a golf club bag in the back.  The text reads, "Trump's Wall: At What Cost?  Trump shuts down government for his $5 billion wall, while HUD plans for reductions of 105,000 public housing units."]
Posted by Adrienne Lauby at 11:18 PM