On Friday I came down with what appears to be a pretty vicious flu - high fever w/ chills, joint pain, headaches of every variety... - it's still going strong, but even worse is that Asa woke up with the same symptoms this morning. It doesn't look like I'll be a high functioning participant, if I'm able to attend at all. I wouldn't miss this event for anything, but serious illness.

If a few of you could fill in for me that would be great. I was planning on manning a HA! table with Adrienne and attending the march at Community Baptist Church right before going over to Chanate on Monday.  And on Tuesday I was going to be the greeter from 9am - 1pm, as well as speak on the perils of raising children without a home.

The way things look right now there is almost no chance I'll be leaving our bed tomorrow, and a slim chance I'll be giving the talk that is so very important to me. But you all have sat patiently by my side for weeks now, and you know the arguments I would speak if I could. Not necessarily in this order:

• hundreds of distressed people, most of which are children, sharing 6 bathrooms that get cleaned once a day, on a good day, is life in a shelter and a recipe for spreading disease. especially when napkins at dinner are available only 50% of the time. and knives to cut our food with are available none of the time. (i'm pretty sure prisoners don't have access to knives with thier meal either. the irony is lost on no one.) what that means is everyone is forced to eat their steaks, pork chops, poultry and whatever other carcasses make an appearance on our plates with our hands. There is no sink available for hand washing in the dining room, which leaves the few bathrooms - which no one wants to enter unless it's an emergency - the only place to wash up before or after dinner. at catholic charities all families start off in a group room (think concentration camp) where it can take weeks to months before you will be provided your own room. during this time sleep deprivation is the norm because of the natural chaos that ensues when you pile a bunch a distressed adults and children on top of each other. i could go on, but most importantly let us not be afraid to tell the truth about systems of oppression even when they claim to be here for our own good. shelter hopping for years on end is the norm in Sonoma county with each one only offering a 2,3, or 6 month stay. these looming exit deadlines are a constant source of stress for most families, that combined with the fact that there is no affordable housing, and upon entering a shelter you will be chronically ill (dubbed kennel cough by all experiencing it at CC), and while existing in a shelter you are wading through so many arbitrary rules, and To Do's it makes your head spin. And one wonders why you are forced to wade through classes every week like yoga, Zumba, nutrition, or jogging - none of which have anything to do with getting housing. There is an alarmingly high percentage of people on disability living primarily out of shelters in this area because landlord and low-income populations do not go hand in hand in Sonoma county. This contributes to the full occupancy and long waiting lists of shelters which leaves people seeking help for emergency reasons plain out of luck. Shelters are not the solution to chronic homelessness!

• For a detailed response to surviving 2 months in Santa Rosa's Safe Parking Lot follow this link... https://docs.google.com/document/d/1X9cpDAsrQSNKrZvEfg114sUKFai7BLCdO9a240eOJJw/edit?usp=docslist_api How many of us have to die on the street before we take action!

• Section 8 housing is a 5 - 7 year wait in the Bay Area. And even longer if you count the time that it takes to sign up. Getting on the list is a mystery since in certain areas sign up stays closed for bizarrely long periods of unpredictable time. Immediately upon finding out that you've finally recieved your section 8 voucher your relief is turned to panic, at least in Sonoma County, as you discover there are no landlords willing to rent to section 8 applicants and your voucher expiration date looms steady on the horizon. In fact landlords are evicting section 8 tenants at an alarming rate in the name of profit - why not double the rent and have less government over site while attracting tech overflow from SF? Housing is a human right!

• Burbank housing saves a unit or two every 6 months for families that are stuck at Catholic Charities, but that is clearly a lottery and takes over a year for your name to be drawn. If you are one of the lucky few whose name is drawn Burbank then choses the "best" candidate from that seasons lottery drawings. Humans are not commodities!

• ACEs or Adverse Childhood Experiences is the term coined by the CDC which points to the long-term physical and mental health outcomes of children that had to endure abuse, abandonment, neglect, incarcerated parent, drug or alcohol addiction in the home, divorce, and the surprise factor - extreme poverty. I can't think of a marker for extreme poverty more appropriate than shelter hopping and car camping for years on end. The affects were things like chronic depression, anxiety, ADD, diabetes, heart disease, substance abuse, or suicide... to name a few. I find it unconscionable that we set our children up for failure and poor health because our society would rather look the other way than admit we have a problem. Housing is healthcare!

• For the many who will bring up the subject of addiction on Tuesday: do you know that there is a stronger link between childhood trauma and addiction than there is between obesity and diabetes? Two-thirds of addicts report being abused as children. That means that the war on drugs and the corresponding "get clean before you get housing" attitude espoused by most homeless shelters and advocacy groups is a war on traumatized people that just need help. Housing first!

Onward and forward, lovers of social justice, I hope to see you there.

P.S. In case you were doubting that what you do as a group really matters: less than 24 hours after questioning catholic charities representatives about the lack of heat in 25% of the rooms, which they explained for over a month was due to hard to find parts on old machinery, the heat was on and hasn't been off a day since. That is no coincidence. We all thank you!
Posted by Gregory Fearon at 10:51 AM No comments: 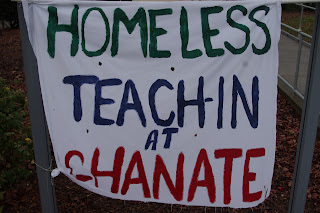 I attended the event held by Homeless Action! On January 19th, 2016.  There were a couple of ‘Homeless Speak-up’ sessions whereby homeless folks in SC had their voice heard.  Due to time constraints I was not able to speak my piece…or better said….peace.   This is what I wanted to say…..

I commend and praise Sonoma County for services rendered me through this first-time journey of my life.  Has it been easy?  No!  Has it been fun? No!  And I, through persistence, perseverance, pro-activity and positive thinking (I call that my 4-P’s) I discovered the existence and abundance of homeless services in this county.  Folks, I had to in many cases dig.  And they were to be found! 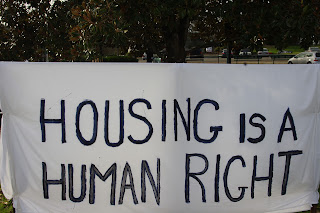 Services for food (hot meals included), shelter, transportation, clothing, showers, health care, group support, employment-seeking support, spiritual guidance and communication services – the list can go on and yes, the federal government and state government stepped up to the plate for some of this support.  I am amazed and I am still homeless but not hopeless.


I strongly agree the ‘Housing Crisis’ in this county is of epic proportions and requires immediate action.  This is the first time in 30 years I have been faced with paying rent for a roof over my head (I was a homeowner prior homelessness).  I am saddened and aghast and vow to do what I can to make changes in this arena.  I can honestly say I would not trade this ‘homeless experience’ for anything.  Under the circumstances I am still blessed.

I WILL climb out of this and make a difference in the process.
I am currently involved in the Homeless Action! Group and (here is a plug) looking for employment…

I have a degree in Computer Engineering and worked in that arena for 20 years in software and IT services.   I have eight years experience in real estate and have worked as an administrative assistant.

Posted by Gregory Fearon at 6:06 PM No comments: